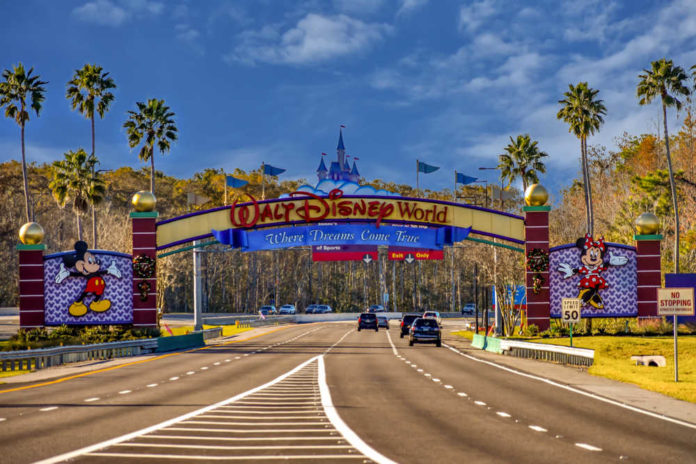 A malfunctioning log ride at Walt Disney World this week left riders temporarily trapped in a sinking boat. One rider in another log managed to capture the frightening scene with his phone as individuals struggled to escape from the water.

As the video reveals, one log went off track and started to sink just as another ride struck it from the rear. The submerged car was still in motion as frantic riders started to make their way out of the water.

Although there were no serious injuries reported, this was not an isolated incident for the popular ride. Reports indicate there have been two similar emergencies at Splash Mountain in as many years.

The soaked riders were all given a dry change of clothes and a Lightning Lane pass for expedited access to other rides and attractions.

The sinking ride is not the only controversy surrounding Splash Mountain. A number of critics have chastised Disney World in recent years for its depiction of scenes from the classic film “Song of the South,” claiming that it contains racially insensitive themes and stereotypes.

As a result, the Florida theme park – along with Disneyland in California – announced in 2020 that Splash Mountain would be undergoing a thorough renovation. Instead of its current theme, the relaunched ride will be based on “The Princess and the Frog.”

The new log ride, which will be called “Tiana’s Bayou Adventure,” is set to be unveiled in 2024.

A press release promised that “guests will encounter familiar faces, make new friends and travel through the bayou to original music inspired by songs from the film as they are brought into the next chapter of Tiana’s story.”

As Disney World prepares to address backlash over the theme of Splash Mountain, the company continues to face pressure from Republican Florida Gov. Ron DeSantis and other state leaders regarding its vocal opposition to a new law aimed at protecting young students from classroom lessons featuring overtly sexual themes.

Despite the governor’s plan to dissolve Reedy Creek, which is a special taxing district that serves Walt Disney World, a group of firefighters who serve guests and employees of the district recently expressed support for DeSantis’ re-election bid.

According to Jon Shirey, the president of Disney’s firefighters’ union, DeSantis is “the most pro-first responder governor” that he has seen in nearly four decades as a Floridian.

“We’re pretty confident that no matter how this thing shakes out with Reedy Creek that we’re going to be fine,” he added.