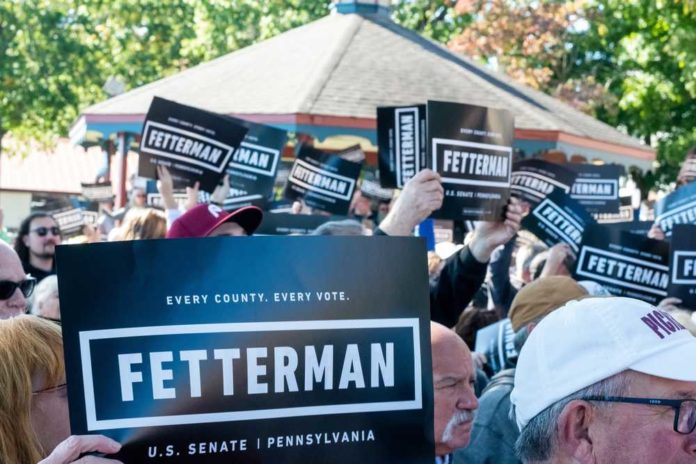 Pennsylvania police reported on Monday that a political campaign sign rigged up with hidden razor blades sliced open a resident’s fingers as they were attempting to remove it from their property.

Officers with the Upper Makefield Township Police Department said the sign advertised the campaign of Democrat state Attorney General Josh Shapiro, who is running for governor in next month’s general election against state Sen. Doug Mastriano (R). The sign had razor blades hidden around its edges for the purpose of “inflicting punishment” on anyone who attempted to handle it by the edges to remove it.

Political signs in southeastern Pennsylvania have been found booby-trapped with razor blades, which resulted in sliced fingers for one resident, police said. https://t.co/SOCLYDI6kx

Officers said it was the first time they had encountered a booby-trapped sign of this nature. In a statement, the department said: “No matter your political affiliation, no matter your candidate preference, resorting to this type of depravity is unacceptable and criminal. We can do better and must.”

The statement indicated that police have dealt previously with stolen and vandalized signs as well as disputes between neighbors about signs. Monday’s incident was described as “totally unacceptable and a disgusting act.”

The sign that caused the injuries was not the only such sign found in the resident’s yard. Officers also found signs for Democrats John Fetterman, who is running for Senate, and House candidate Ashley Ehasz also rigged with hidden razor blades. No other injuries were reported as a result of the placement of the signs.

The Fetterman Senate race has drawn national attention as it is likely to have a direct impact on the control of the upper chamber of Congress over the next two years. Fetterman is running against GOP candidate Dr. Mehmet Oz. A poll released last week indicates the race is within the margin of error, with Fetterman narrowly ahead of Oz, 47.2% to 44.8%.

Officers called on the public to use caution in inspecting campaign signs that have been placed on their property by someone else before attempting to remove them. Any citizens discovering similarly spiked signs were asked to immediately contact the police.

No arrests have been reported as of Tuesday afternoon, and police said their investigation is ongoing.