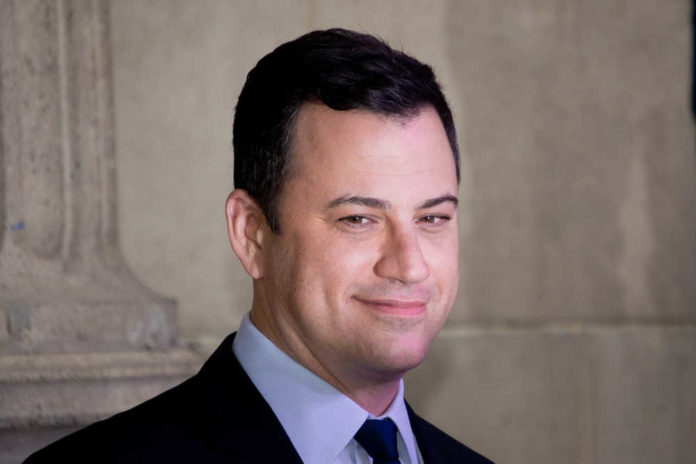 Among the late-night hosts on the three major networks, Jimmy Kimmel’s ratings consistently rank in third place. While Stephen Colbert and Jimmy Fallon have made plenty of jokes at the expense of former President Donald Trump and the Republican Party in general, Kimmel’s monologues are typically more aggressive and mean-spirited.

As it turns out, his shrinking audience and constant Trump-bashing rhetoric appear to be closely related.

Kimmel admitted as much during a recent podcast interview, estimating that at least half of the viewers who tuned in to his ABC program prior to the 2016 election have since stopped watching.

Podcast host Phil Rosenthal pressed his guest on the topic, asking if network bosses ever asked him to take it easy on the GOP. Kimmel acknowledged that he received some pressure to cut back on this anti-Republican narrative but refused to comply — even if it would have helped save his show’s struggling ratings.

Recalling one such conversation with executives during the early days of the Trump administration, Kimmel said that his bosses “hinted at” the notion of pulling some of his partisan punches in hopes of retaining some of his right-wing viewers.

There was at least one point during the Trump administration that Kimmel admitted going too far. He issued a 2018 apology after fueling a bitter feud with Fox News Channel host Sean Hannity that started with a joke at the expense of then-first lady Melania Trump.

Prior to the Trump era, Kimmel said that he had a sizable GOP fanbase. After Trump’s election, however, he decided to wear his political beliefs on his sleeve and said he would have walked away from the show entirely if ABC had pushed him to cut back on his anti-Republican commentary.

Kimmel recalled telling network executives, “Listen, if that’s what you wanna do, I understand and I don’t begrudge you for it, but I’m not going to do that. So, you know, if you want somebody else to host the show, then that’s fine. That’s OK with me. I’m just not gonna do it like that.”

In the end, he said ABC gave him the freedom to appeal directly to a far-left base while alienating millions of potential viewers who supported Trump.

When Rosenthal described the stance as a “public service,” Kimmel gently pushed back, explaining: “You know, I love this country, too. I mean, you know, that flag doesn’t belong to them. This is ours. And when I see somebody coming in and ruining it, I’m going to say something about it. That’s it. That’s as simple as that.”