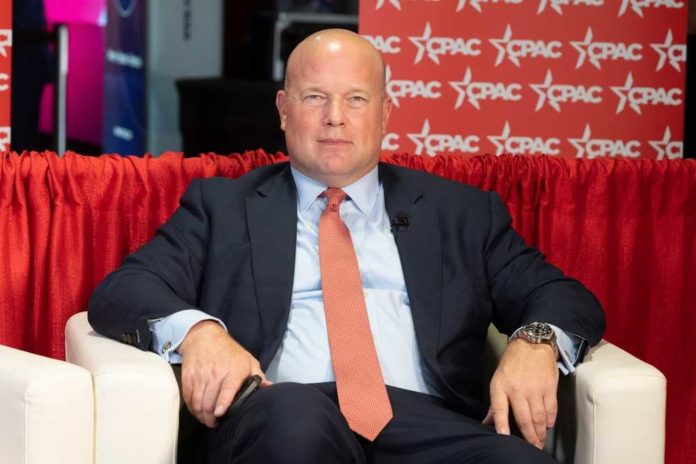 Matthew Whitaker: 'No doubt' Hunter Biden was part of a Chinese intelligence missionhttps://t.co/Su0fhvLzWU

Whitaker, a former Trump appointee, exuded a strong sense of conviction that his claims are valid.

“There is no doubt that Hunter Biden was part of a Chinese intelligence mission that was trying to gather as much information as possible about Joe Biden, Hunter Biden and the entire Biden family,” he told Fox News last week.

A few days before Whitaker’s interview, House Republicans revealed evidence that Biden’s business partner JiaQi “Jackie” Bao had close ties to the CCP before beginning his relationship with the president’s son.

In a letter to FBI Director Christopher Wray, House Republicans voiced fears that the CCP might’ve gained access to the “Biden family’s sensitive information” through Bao’s close ties with Hunter.

“Documents obtained by Committee Republicans reveal Hunter Biden’s business partner and close personal associate was linked to the Communist Party of China (CCP), her employer before the Biden family,” begins the correspondence.

“Bao provided Hunter insight into purchasing liquified natural gas reserves in the United States to sell to China, had access to the Biden family’s financial information, and liaised with CCP-affiliated agents on the Bidens’ behalf.”

Whitaker also relayed his concerns to Fox that Biden’s relationship with the CCP ally could be a legitimate national security threat.

“I have always felt that in addition to the sort of just the classic political corruption that is contained in this case, there is this national security concern that I think actually elevates it to, you know, a higher level of a case.”