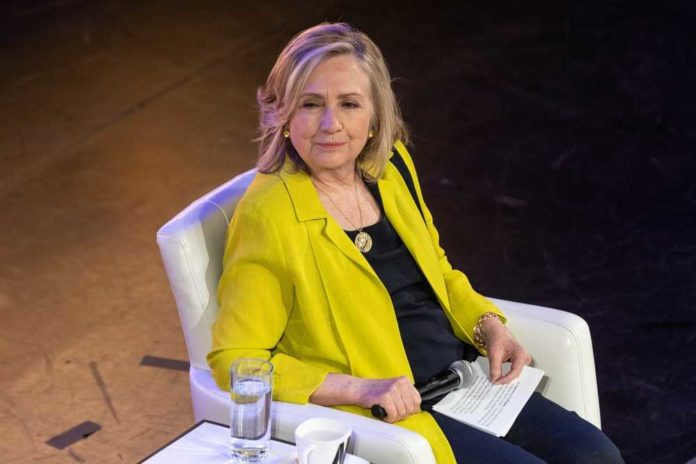 Former Secretary of State Hillary Clinton lambasted Republicans for what she described as “crazy violent rhetoric” during an appearance on MSNBC’s “The ReidOut” Tuesday.

Show host Joy Reid began the topic by asking Hillary Clinton to tell her about how the alleged attack of Paul Pelosi struck her and what it tells her about the state of the right in this country and “the hate toward a powerful woman.”

Reid’s implication that the home invasion and subsequent attack at the Pelosi residence were somehow fueled by a form of right-wing extremism is nothing short of absurd. Current reports indicate that the suspect, 42-year-old David DePape, is an illegal alien who once resided at a hippie commune located in Berkeley, California. His former partner has referred to him as “mentally ill” and said that for a period of time he believed he was Jesus Christ.

There has “always been a streak of violence, of racism, misogyny, antisemitism, as you said,” Clinton alleged in her response.

“…we’re seeing a whole political party and those who support it those who enable it and those who run under its banner engaging in behavior that is so dangerous and I find frankly disqualifying.”

“The level of just plain crazy violent hate rhetoric coming out of Republicans,” Clinton continued, “I want voters to stop and ask themselves, would we trust somebody who is stirring up these violent feelings, who is pointing fingers, scapegoating, making a joke about a violent attack on Paul Pelosi?”

A video filmed of the house apparently after the alleged assault showed a smashed window. Some users questioned the circumstances, pointing out that it is a bit odd for there to be broken glass outside of a home that was supposedly broken into.

It looks like most of the glass fell outside of the house… if you smash a window in,wouldn’t there be more glass inside the home, instead of outside it??

“Why would you entrust power to people who are either themselves unable to see how terrible it is that someone would be attacked in their home or don’t really care because they think it will somehow get them votes that will get them elected?”

“This is a real threat to the heart of our democracy.”

Paul Pelosi is reportedly “making steady progress” in recovery after several injuries allegedly caused by David DePape. The 42-year-old man currently faces charges that include assault with a deadly weapon and attempted murder.