Britain’s Prince Harry has been a prominent figure in the international press recently as he speaks out against members of his own family and the monarchy in general.

He also opens up about his personal life in “Spare,” a forthcoming memoir that reportedly delves into his history of experimenting with illegal narcotics. While some readers might view his admitted drug use as relatively minor indiscretions, such evidence could potentially derail his plans to continue living in the United States.

According to George Washington University Immigration Clinic professor Alberto Benitez, all applicants are asked about prior drug abuse before receiving a U.S. visa.

“If he was truthful in his answers, he should have been denied,” Benitez explained.

On the other hand, if he misrepresented his background, “one of the repercussions, whatever visa he has, is that it would be revoked, or he’ll be subject to being revoked because he lied in the application process.”

Maybe he should leave and enter at our southern border instead.

Of course, given his celebrity status, Prince Harry could very well receive significant slack even in light of possible evidence that he was untruthful.

Chrissie Fernandez, an immigration attorney who provided a relevant statement to The Telegraph, explained that “even if he was not arrested,” the Duke of Sussex “would have been required to disclose” any prior drug use.

Nevertheless, she acknowledged that it is “unlikely that his case would be reopened if immigration authorities were to hear that he previously, years ago, used drugs.”

As for the extent of his drug-fueled partying days, Prince Harry recalled abusing cocaine while enrolled at the Eton College boarding school. He also admitted smoking marijuana during that same period as well as years later while living at Kensington Palace.

Furthermore, the memoir reportedly details a 2016 party in California during which he consumed hallucinogenic mushrooms.

“Beside the toilet was a round silver bin, the kind with a foot pedal to open the lid,” he recalled. “I stared at the bin. It stared back. Then it became … a head. I stepped on the pedal and the head opened its mouth. A huge open grin.”

More than two years ago, Prince Harry and his wife, Meghan Markle, settled into a home in Montecito, California. As a spokesperson said at the time: “Harry loves California, but they were both drawn to the smaller town of Santa Barbara, where they can integrate into the community while having some distance and privacy that is hard to come by in the Los Angeles area. For that reason, they had never intended to stay in Los Angeles.” 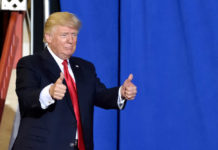