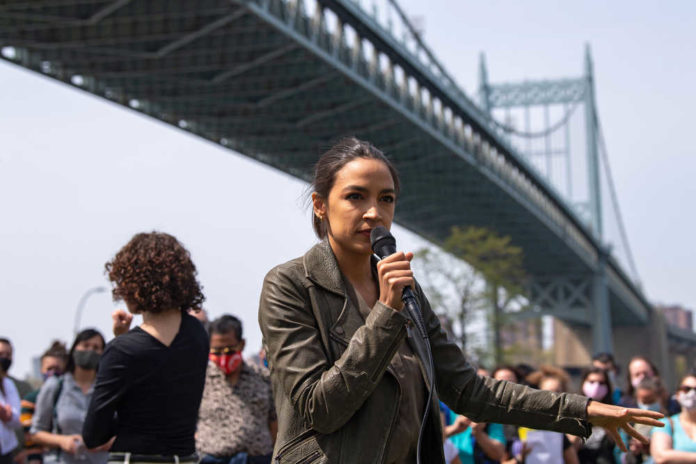 For months now, so many Americans have been scratching their heads and wondering why Democrats have taken such cavalier and destructive attitudes when it comes to our nation’s economy.

Democrats did this throughout 2021 when they passed different trillion-dollar spending bills that created the present-day inflation crisis.

Meanwhile, one poll after the other shows that pluralities of Americans are concerned about the economy and want Biden to focus on it. Yet, the President appears determined to address anything other than the economy.

For quite some time, conservatives have warned that Democrats intentionally ruin the US economy. New remarks from House Rep. Alexandria Ocasio-Cortez confirmed these warnings, as TheBlaze reports.

During a Yahoo News interview, Ocasio-Cortez did not hold back in vocalizing her misguided views about capitalism. According to the House Democrat, capitalism is not “redeemable” in America.

The congresswoman continued, saying that capitalism is nothing more than individuals blindly going after profit and power, regardless of who they have to step on in the process. Bear in mind that these are common talking points employed by socialists.

Essentially, in Ocasio-Cortez’s remarks to Yahoo News, she advocated for more government control to ensure more equal outcomes amongst individuals. Of course, this is a very communist mind frame.

From a larger perspective, the Democrat congresswoman’s remarks explain why the current government (under Democrats’ control) is so intent on tanking the economy. In essence, the leftist master plan entails completely crashing the US economy as we know it.

Then, Democrats like Biden, Ocasio-Cortez, etc., can usher in their new system of a socialist/communist regime where profit, opportunity outcomes, and the like are controlled by big government.

It is terrifying to have someone ignorant and antagonistic towards capitalism serving in the United States House of Representatives.

Although Rep. Ocasio-Cortez’s anti-capitalist rhetoric is riddled with ignorance, it doesn’t change reality.

The reality is that capitalism has raised more individuals out of poverty than literally any other economic system in the world. Capitalism helps communities and allows people to invest in themselves and those around them.

While Ocasio-Cortez is the latest mouthpiece behind the anti-capitalist sentiment, her views are shared by the Biden Administration and other Democrats. It is one more reason why Democrats must be voted out of Congress by the American people in November.