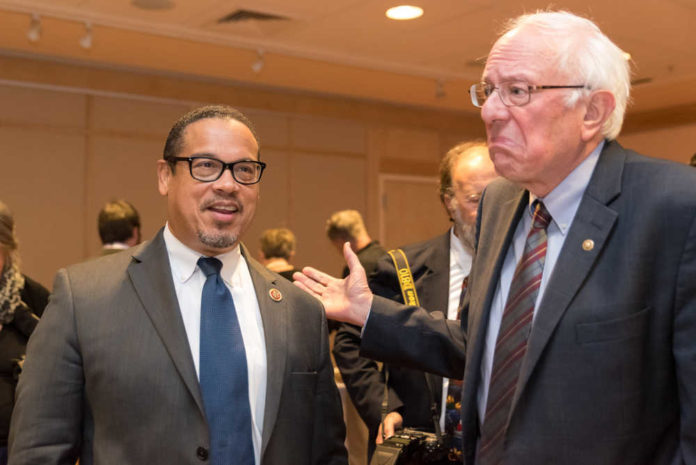 Democrats face a disaster of their own making in the November midterms and are attempting to distance themselves from their disastrous “defund the police” platform. But Americans are not buying their sleight of hand.

By a whopping 14% margin in a new Winston Group poll, voters of all stripes identify Democrats with the movement to replace police boots on the ground with roving therapists and social workers.

President Joe Biden pointedly emphasized in his State of the Union address that the answer is not to defund the police, but to “fund” the police. The Black Lives Matter organization countered by tweeting a picture of Rep. Maxine Waters (D-Calif.) looking dejected when Biden declared his newfound support for law enforcement. But for most, it was a call to arms for his party to ditch the losing position.

“Fund the police” was his biggest applause line of the evening and drew a standing ovation from most lawmakers.

Reversing course faster than a Tom Brady retirement, Minnesota Attorney General Keith Ellison now admits that “defund the police” was a mistake. Last November, a proposal to restructure the Minneapolis police department was defeated by a large majority of voters.

Novelist Thomas Berger famously quipped, “No matter what side of the argument you are on, you always find people on your side that you wish were on the other.” Joe Biden’s Democrats may have a hard time fitting it on a bumper sticker, but that is a perfect party slogan from now until November.

Rep. Cori Bush (D-Mo.) recently confirmed that she stands by her calls to neuter the nation’s police forces and replace them with, well, no one is sure. Bush says she has colleagues tell her that “defund the police” does not help in their districts, and even members of the Congressional Black Caucus have discussed breaking up the George Floyd Justice in Policing Act into smaller bills to spur “reforms.”

Fellow “Squad” member and Democratic Socialist Representative Alexandria Ocasio-Cortez (D-N.Y.) is not only a serial denier that her party has a “woke problem,” but in December yet again advocated slashing the NYPD budget.

It is certain that between now and November, Democrats will try at every turn to backtrack on their support for “defund the police” and their culpability for its disastrous results. Unless voters are struck with collective amnesia, the midterm elections will be a referendum on their misguided support of a policy that dramatically failed.