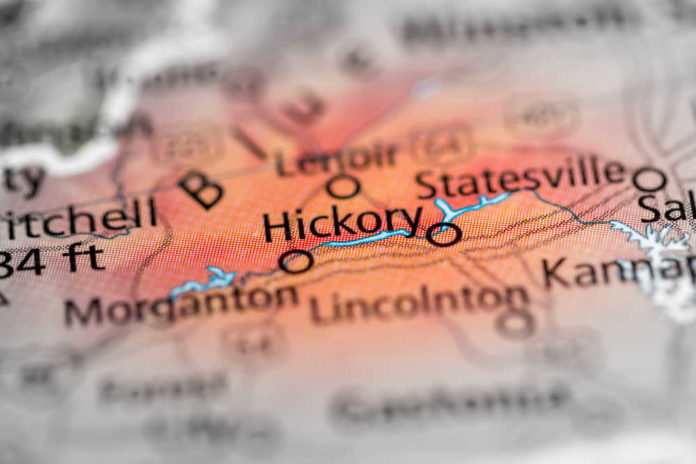 Yet another prominent Republican was on the receiving end of a violent act in what many people believe was likely a politically motivated attack.

According to reports, congressional candidate Pat Harrigan of North Carolina confirmed that a gunman fired at his parent’s home in Hickory as his children were inside. One bullet entered the residence just a few feet from where the young kids had been sleeping.

As federal authorities conduct an investigation into the incident, Harrigan is speaking out against the criminal act — and pointing a finger at his opponent, Democratic state Sen. Jeff Jackson.

Earlier in the campaign, Jackson filmed a campaign ad while standing in front of one of his rival’s homes. While that was apparently not the same home that was targeted in the recent shooting, Harrigan nevertheless criticized Jackson for crossing “a red line” by putting his family’s safety at risk.

In a public letter to Jackson apparently composed prior to the shooting, Harrington wrote: “Family is stretched thin on campaigns–and you violated my family’s security. I have already received a credible death threat. I wear a low-profile bulletproof vest to every single major public event. As I travel, wherever my family is located, they are significantly less safe with me in this race. And they are even less safe now that you’ve shown one of my homes to the world.”

The candidate has since issued a statement referencing the shooting, denouncing his rival’s “brand of politics,” which have resulted in “runaway inflation, economic ruin, and rampant crime — including political violence.”

Reiterating his commitment to “fixing the economy, lowering prices, and keeping our streets safe,” he concluded that “it’ll take more than a bullet and death threats to knock this Green Beret off that mission.”

There have been threats and violent acts perpetrated against a number of Republican candidates during the current midterm campaign season as high-profile Democrats and mainstream media figures attempt to portray the GOP as a bastion of anti-democracy extremists.

In a divisive prime-time speech earlier this week, President Joe Biden ignored attacks on Republicans, choosing instead to blame his political foes for fomenting political hatred that resulted in the recent assault of Paul Pelosi, the husband of House Speaker Nancy Pelosi (D-CA).

He claimed that so-called election deniers in the GOP have “fueled the dangerous rise of political violence and voter intimidation over the past two years,” adding: “There’s an alarming rise in the number of people in this country condoning political violence or simply remaining silent.”