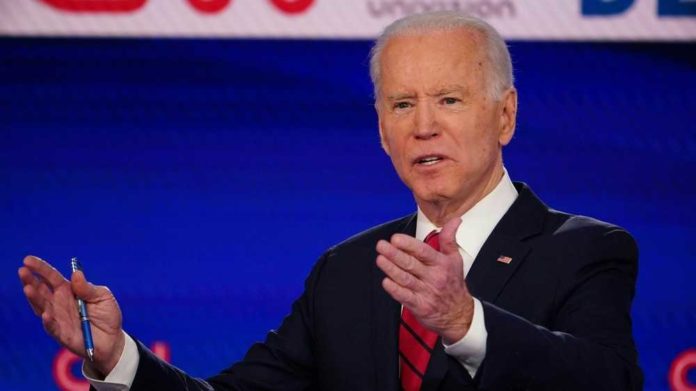 On Thursday, President Joe Biden faced a fury of criticism for his ‘blatant lie’ about gas prices during recent remarks.

Biden made the comments while speaking about investments in chip manufacturing at ​​Onondaga Community College in Syracuse, New York.

During the speech, he deceptively claimed that he is responsible for bringing down gas prices, despite the obvious and continual price hikes the American people have seen under his leadership.

What was most alarming is that he claimed gas prices were $5 when he took office.

“And because of the actions we’ve taken, gas prices are declining,” Biden maintained. “We’re down $1.25 since the peak this summer, and they’ve been falling for the last three weeks at well — as well.”

“That’s adding up to real savings for families,” he continued. “Today, the most common price of gas in America is $3.39 — down from over $5 when I took office.”

It did not take long for fateful members of the GOP and adherents to reality to call the president out for his delusional claim. Sen. Ted Cruz (R-TX) was one of the first Republicans to speak up on the matter.

“This is a blatant lie,” Cruz tweeted. “And — even in his diminished state — @JoeBiden knows it.”

“Every single media ‘fact checker’ has a responsibility to unequivocally call out this, quite literal, gas lighting,” he quipped.

Thus, the president overstated his claim by an astronomical $2.71 per gallon. Biden was not even in the ballpark with his figure — $5 per gallon is 218% greater than the actual price of gas when he took office.

“It’s not hyperbole to say Joe Biden is the biggest liar in presidential history,” Kelly tweeted. “And that’s saying something because they all lie all the time.”

“But he tells these bizarre black-and-white lies that any idiot can verify,” he continued. “It’s honestly very strange.”

Worse yet, this is not the first time Biden has tried to deceive the American public and claim that he is responsible for lowering gas prices.