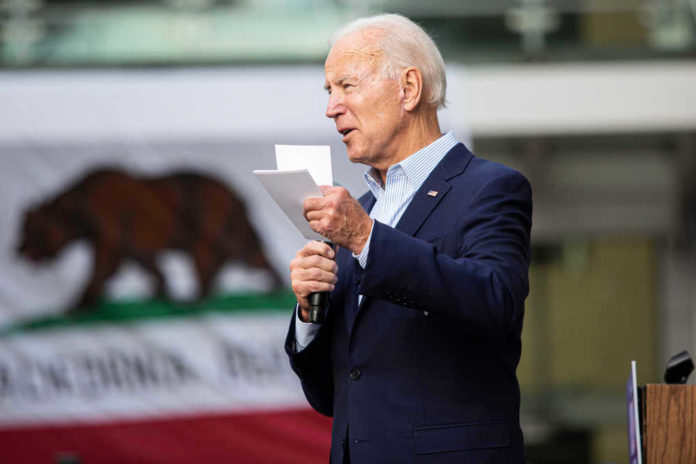 Rather than wishing him well and concentrating on Paul Pelosi’s health after he was brutally attacked in his home, President Biden has gone after “election deniers,” blaming their rhetoric for the violence.

talking to reporters after voting, Biden describes the big lie as "malarkey" and says of right wing rhetoric's role in the Pelosi attack, "this talk produces the violence" pic.twitter.com/qHAvitDEPi

Democrats and many in the liberal media had already gone on the offensive against Republicans in the wake of the attack on Pelosi. Ilhan Omar (D-MN), AOC (D-NY), and others have spent the last two days condemning conservative lawmakers rather than the deranged — reportedly liberal — man who attacked Pelosi.

President Biden took those attacks to a new level yesterday when he said, “And the generic point I want to make is that, you know, it’s one thing to condemn the violence. But you can’t condemn the violence unless you condemn those people who continue to argue the election was not real, that it’s being stolen, that all the — all the malarkey that’s being put out there to undermine democracy.”

This was a prepared statement that Biden made to the press after a scheduled early voting stop with his granddaughter. It was a direct accusation against anyone who still believes that the 2020 election was stolen, stating that it was their talk that produced the violence against Paul Pelosi.

Rather than blaming the criminal for the crime, a criminal who does not speak for any group and especially for conservatives and so-called “election deniers,” President Biden blamed the thoughts and speech of people who have already widely condemned the attack.

On top of that, many well-known Democrats including Hillary Clinton, Stacy Abrams, and Bernie Sanders have publicly denied the 2016 election that President Trump won without being blamed for any type of violence perpetrated against anyone.

When an attack like this happens, Republicans and Democrats should join together against this type of hate rather than trying to score political points right before an election.